Which Technology is the Best – LED Vs OLED?

LED/LCD (light emitting diode/liquid crystal display) and the OLED (organic light emitting diode) are the two display technologies that are ruling the world of TVs and screens of late. Though LED TVs have been existing in the stream for a longer time and the OLEDs entered the market only in 2013, the OLED technology has garnered popularity very rapidly. But, should we consider buying technology which is proven and time-tested or should we adopt the latest entrant? Let’s see which technology is the winner with the information available. At VRS Technologies, we offer LED TV rental and LED Screen Rental Dubai at affordable rates for long-term and short-term use for events, product launches, sports events, seminars, business meetings, conferences, and for many more instances. 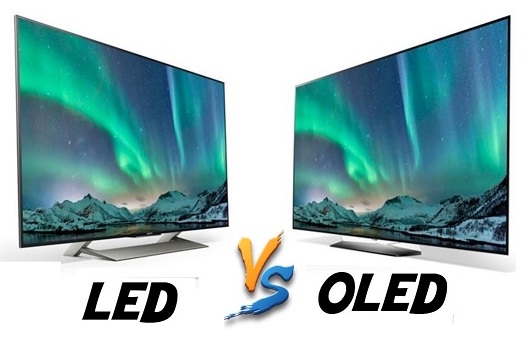 Which is better LED/OLED technology?

First and foremost, let’s understand the technology behind both the displays.
The LED displays are the ones which have the LED backlight on the LCD screens. The LED, QLED (Quantum dot light emitting diode) are basically the same technology with different backlight source for the LCD screens.
The OLEDs are a different entity altogether. In the OLED displays, each pixel provides its own illumination, unlike the LED/LCD displays where the pixels are illuminated with the help of the LED backlight.
However, we would like to add a heads up before taking a deep dive into the major differences between the two technologies. Though OLEDs have created a sensation in the world of display technologies, the LED/LCDs do not seem to give up the fight anytime soon. They are constantly working to gain an edge over the OLEDs.

Let’s see which technology is the winner for time being?

Though the LED/LCD and the OLED displays offer more than adequate brightness, while the OLEDs are great in the dark, the LEDs overpower the OLEDs.
The LED backlight itself takes the brightness levels a notch higher than the rest, the futuristic QLEDs are a full leap ahead than the rest in comparison.

The factor where producing the true blacks is concerned, the OLED undoubtedly is successful in producing truer blacks. The pixels shut off literally thereby producing a complete blackness where required.
In contrast, the LEDs selectively dim the LED bulbs that light up the screen. Hence, the result is below expectations, especially with the phenomenon called the light bleed. It is the effect when the lit up areas bleed the light into the dimmed areas, which causes the haze like appearance on the black areas. Hence, the blacks are rather dulled blacks.
Though the LEDs are traditionally known to struggle to produce the truer blacks, the QLEDs claim to have overcome the drawback. However, the OLEDs are the winner for now.

The LED screens are available in all the sizes you can think of, meeting the requirements of a small room to as large as the open air shows. They are available from 20 inches to beyond 100 inches offering a lot of options for the users.
The OLEDs, on the other hand, are limited to 55-80 inches; less than 85 inches at any cost.
However, given the nascent stage of OLEDs, they are highly likely to catch up with the LED/LCD display screens.

The LED/LCD displays have a proven track record of longevity, whereas the OLEDs which only came into existence since 2013 are yet to be tested in this category. However, the LG claims that the brightness level of the OLED is likely to fall to 50% after 54 years of use for 5 hours per day.

For the present, LED/LCD is the winner.

The burn-in phenomenon is when the previous image displayed for a prolonged time burns into the screen. This phenomenon has never happened with the LED/LCD displays.

With the OLED displays where the pixels glow on their own, tend to degrade over time. If certain pixels are burnt harshly for a long time, they are inclined to dimming prematurely than the rest causing the burn in effect.

Though it is very unlikely to fall prey of this effect, the LED/LCD displays have an edge over the OLEDs for now.

The OLED panels are known for being thin, lightweight and those that do not require any backlight.
Due to these factors, the OLEDs consume low power, though the LEDs are not power gobblers themselves.

This is where the OLEDs are far out of the league. The response time is the time required for the diodes to on or off when required. The OLED technology, as it involves smaller diodes representing the pixels, blow out as soon as required without so much as lag time.

The LEDs, on the other hand, work on the backlight technology; they are not self-illuminating. Moreover, they do not work individually, but function in clusters.

Putting the two facts together, the OLEDs are way ahead in terms of response time. The OLEDs take far less time to illuminate or shut off the screens.

The OLED screens allow the viewing angle up to 84 degrees and do not affect the luminance until way off the screen.
In contrast, the LED screens are best viewed from the center. The maximum viewing angle is 54 degrees.

The OLEDs in this category are the straightforward winners.

The OLEDs until now were leading this space, however, with the QLEDs, the LEDs have surged forward with better color accuracy and color brightness levels.

Right now, both the OLEDs and the LEDs are tied for the first position in the color space category.

At VRS Technologies, we might be a little biased towards the LED/LCD technology as we believe in the adage -”old is gold”. At the same time, we also encourage users to not to stay behind in terms of technology. Combining both the beliefs, we leave it to the users to decide the best among the equals, for we have laid the facts in front of you. However, we do not shy away from saying that LED screens are the best value for money proposition thus far.
Having said that, we offer LED screen rentals in Dubai of all sizes, for indoor and outdoor use to meet every kind of requirement. Contact us for more information at +971-55-5182748 or visit our website www.vrscomputers.com.