Now that the WWDC 2017, an Apple developers’ conference has come and gone, there are a lot of hot and happening topics that need to be covered. Out of which of course, is the Macbook Pro 2017. The latest Macbook Pro is most certainly a huge improvement over the existing model. Before we get into the specifications that the Apple has leaked over the conference, let us see what models are in the offing where the Macbook Pro is concerned – A non-touch 13” Macbook Pro and a 15” MacBook Pro along with the touch bar. While we give you the latest updates on the 2017 Macbook Pro, would like to point out that we at VRS Technologies offer Macbook rentals in Dubai for business as well as personal use. 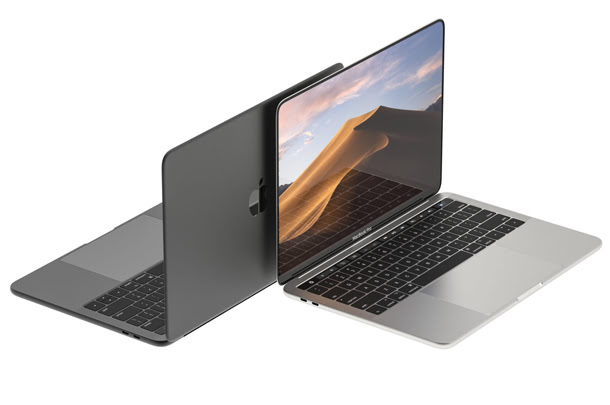 With the information revealed by Apple during the conference, looks like the new Macbook Pro successor is a way ahead in terms of looks as well as functionality. While the 2016 Macbook Pro was criticized for the factors like 6th generation Skylake processor and low RAM, the new Macbook Pro will apparently be equipped with the 7th generation Kaby Lake processor and 8 GB of RAM. However, there are calls for upgrading the RAM up to 32 GB. Though Apple has taken the calls under consideration, they have expressed the underlying reason for their inability to upgrade. Apparently, a whole new logic board design would be required to house 32 GB RAM as well as it would reduce the space for battery and other components resulting in lower battery life. This means the upgrade to 32 GB RAM is not coming anytime soon. The touch bar in the 13 inch and the 15-inch Macbook Pro is also updated, which now support more apps than when it was introduced in 2016, however, there is still room for improvement where supporting more apps is concerned.

For all models of MacBook Rental in Dubai,  including the latest Macbook Pro 2017, which will be available with us shortly, contact VRS Technologies at +971-55-5182748.

MacBook the Meticulous way for Success