What are the 5 Different Types Of Touch Screens?

Touch screens have become an integral part of everyone’s life in this modern world. Cell phones, ATM kiosks, ticket vending machines, manufacturing plants and more, all these use touch screens for efficient functionality.

There are Five Different Types of Touch Screens: 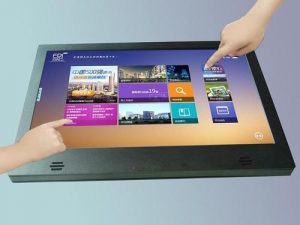 VRS Technologies is the best place for the latest Touch Screen Rental Dubai. We offer all types of touch screens that are well-maintained and customised as per customer requirements.

We offer Touch screen rentals in affordable packages and also provide the facility to upgrade to a newer version whenever the need arises.

Complete service and support for the Touch screen is provided by our expert technicians. We deliver the touch screens at the desired venue and assist in the proper installation process. We offer customised content for displaying on the touch screen.

For any further information regarding the latest Touch Screen rental in Dubai visit www.vrscomputers.com.