LED TV Rental the most Innovative Trend in the Consumer Market 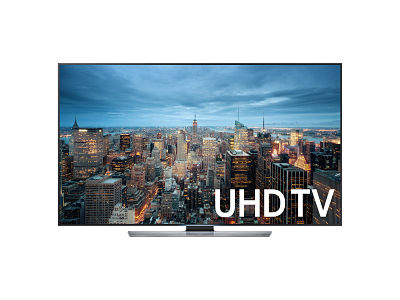 LED TV and the OLED TV’s with all its accompaniments do come with an expensive price tag which normally becomes a concern for many entrepreneurs and the home user segments. Towards this endeavor, the LED TV Rental Dubai serves as a better alternative which could bridge the gap and become the perfect delivery module catering to both the segment.

LED as an Embedded Technology, which has Evolved in the consumer market

The LED has been abbreviated as the light emitting diode; LED in fact represents an electronic device which gets activated in the form of bright light when subjected to the electricity when it is passed through the diodes. The light which is used in diodes serves as a backlight system which actually bring about the appropriate brightness towards displaying the images which actually gets enticed by the potential audience when they notice it.

As a matter of fact, the consumption of power is more in the case of LED than the conventional LCD’s

Emergence of OLED TV and its Profound Impact on the Market

OLED TV has been abbreviated as Organic Light Emitting Diodes and they are being deployed as a complete different technology as compared to their predecessors the LED TV. OLED TV has emerged in the consumer market with the implementation of the semiconductor material in LEDs.

Technicalities in OLED TV which has brought  the Difference

The OLED TV has been quite popular in the market as UHD or the Ultra High Definition with an embedded pixel range such as 3840 X 2160 pixel resolution.
Technically the UHD is also termed as 4K display. The 4K display is the one which brings about at least 8 million active pixels and normally the 4K display in the TV’s generally consumes more bandwidth and power as compared to the LCD TV’s.

OLED TV’s with the embedded 4K component has been the most preferred gadget when it comes to the product video streaming using the fast broadband connectivity. In fact, most product companies explore the best possibility of live technical conferences and always be on the edge to make their products viral through these video streaming’s.

VRS Technologies have been capitalizing on the high end models of LED TV’s and OLED TV’s and have been renting out these range of equipment to both the business entrepreneurs and also to the home user segment so that they can explore the possibilities of home theatre preferences.

If you are an entrepreneur or a normal user who is keen to explore the varied functionalities of the LED TV and the OLED TV’s, please approach us at VRS Technologies and call us at 00971555182748.

Choose the Best LED Screen Rentals in Dubai For Your Events

TV Rental for Events in Dubai