Laptop repair service has been the prolific mechanism for optimum life

Posted by admin
in Laptop Repair

In today’s high-end digital technology space, laptops have become increasingly enchanting device for numerous users when it pertains to certain work accomplishments. In comparison to the desktop systems, these laptops can be carried across and docked anywhere to enable the user to work.

In the real sense, the laptops have become the most dependable asset in the modern times, but however in certain situations these laptops are prone to certain problematic situations and this often becomes more frustrating for any user who is used to continued usage. In this embarrassing situation, the laptop repair service  has become a pivotal service that can be put in practice when it concerns a laptop when it is stuck with a major pitfall. 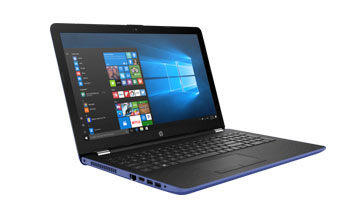 Problems With The Laptop Motherboard

In general, the motherboard is a bigger printed circuit board or the PCB as it is popularly called. The motherboard accommodates several other discrete components such as the processor and memory modules in it and completely empowers the sufficient power to the components to bring about efficient functions. However, there are few chances that a motherboard goes through, such as the electrical fluctuations which might hamper or burn out certain integrated circuitry within and this may lead to sudden stoppage of the laptop system.

In certain cases, the chip level repair mechanism of motherboard to some extent solves the problem, but predominantly if the problem is beyond a certain limit, then the replacement is the only option.

At certain point of time, the laptops are subjected to constant overheating and if this overheating is ignored, it perhaps leads to a permanent damage to the motherboard as a whole. At this stage it is better to switch of the laptop and bring it to an authorized service center for further preventive measures.

Problems Due To Hard Disk Drive Or The HDD

Hard disks are known to accommodate the data within locally and when a problem is stuck with a hard disk then there are quite chances to lose your crucial data. By and large, when a chip level repair is being conducted on hard disk, there are fair chances that the hard disk may resolve back to its optimum performance once again. In the worst cases, if the hard disk does not respond even to the chip level, then probably the only alternative in hand is to perform the data backup at the earliest.

Problems associated with laptops have to be dealt with immediate attention or else it might become even more fatal for further usage. VRS Technologies have always been pro-active towards the customers when they bring the laptops for repairs and we have ensured that the laptop is serviced properly and given them back. For any laptop repair and maintenance service do approach us at VRS Technologies and call us at 00971555182748. Please visit our official website at www.vrscomputers.com