Desktop Repair Services as an Initiative to Resolve Complex Problems

Desktops have gradually scaled up in an enterprise organization today as it can house certain software applications within and hence execute and implement certain complex application which otherwise have become a bit cumbersome to sometimes sustain on the laptop computers. However, desktops are often prone to certain set-backs which would require immediate attention and in this horizon the desktop repair services have become the one-stop solution to revive back the desktop systems to normalcy.

Since desktops do accommodate the application programs within, the desktop support services if initiated instantly can save lots of time. 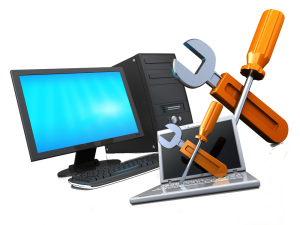 The Associated Problems Encountered By Desktop Computers Are Mentioned Below:

The desktop computers are quite often affected by the power fluctuations and these problems could predominantly affect the hard disk drive or the HDD drive and the motherboard in the computer systems. In certain cases, the mother board gets burned off at the circuit level.

However, these problems can be resolved, if one attempts to perform certain chip-level repairs which often includes the re-soldering done to the burnt circuit to revive back. In the worst cases, these motherboards have to be replaced as repairs cannot be done.

Hard disks have been the repository of database for most desktop computers and the hard disk based problems could possibly lead to loss of database. There are few authorized service centers who specially handle the hard disk repair services at chip-levels. But at the worst case, the backup of the crucial data from the worn out hard disk becomes a solution in itself to safeguard the data.

The slow performance of the desktop computers can sometimes be attributed to a possible virus intrusion in the system which predominantly impacts the desktop computers and eventually makes the system too slow to even execute a minor task. The worst case is that some of the virus do create a havoc on the operating systems (OS) thereby corrupting the files within. The ideal solution to bring back the desktop systems is to format the computer and further ensuring that the virus has been completely eradicated off.

The second scenario of slow performance of the desktop computers could be because of certain old files which eventually gets piled up and thereby resulting in the over consumption of the memory. In this case, only modus operandi has been to remove the old files from the system and hence backing up the same or completely removing them to create more space. The best alternative would also be towards increasing the memory in the system.

At any point of time, if you are very sure that your computer is subjected to certain serious repercussions; the best alternative before you is to get in touch with the authorized service center in the landscape. On this front, VRS Technologies have been considered as the preferred authorized center for desktops in specific to resolve your desktop bottleneck. Please call upon +971-55-5182748 for a technical support from our end. Please visit our official site at www.vrscomputers.com for information.