In order to compete, numerous organizations are required to implement new models of digital connectivity and data sharing among the on-premise and the culmination of both public and private cloud platforms which constantly enables the internet of things (loT). The implementation and deployment of the advanced new techniques have brought in greater agility, more intuitive to the customer needs and further capacitating the market demands.

In this particular paradigm, enforcing the firewall fabric approach to constantly protect the network access layer system becomes the need of the hour and equally imperative to bring about the embedded network security across the corporate networks.

The firewall security fabric has been considered as an architectural approach to bring about the security enforcements to the corporate network systems as a whole.


Anecdote: The network architecture can be understood as a system comprised of many layers such as the access layer, the distribution layer and the core layer. The first and the foremost layer; the access layer has been designated as the layer which physically connects the host computers to the network or the local area network. The distribution layer becomes the single aggregation point where the access layer devices gets connected to the network and the core layer becomes responsible to accommodate and route the large amounts of traffic

The network secure access architecture has emerged out as one of the end-to-end solution to deliver high speed access and security solution for the enterprise organization.

The firewall solutions which provide the security access architecture solutions have been constantly monitoring the security policy controls that actually simplify the network administration access across the wired and wireless infrastructure and the subsequent firewall fabric becomes the integrated solution to the BYOD devices onto the corporate networks.


THE FIREWALL SYSTEMS HAVE BEEN CONSTANTLY COMBATING THE SECURITY CHALLENGES

The firewall systems have been constantly evolving itself as per the organization’s network usage and the way the organization manages the BYOD’s authentication process. In this particular transition, the firewall systems have been implementing and deploying some of the prognostic challenges with reference to the security access architecture solutions; which aims to encompass the entire access infrastructure paradigm for both the wired and wireless network systems on board.

Application security: The firewall security fabric ensures the overall security and the protections standards to safeguard the web-based applications that has been completely prone to the hacker’s targeted spot and the weaker firewall systems meant to be the most cumbersome process which could easily exploited by them and results in overall security breach, financial loss, damage to the brand reputation and most importantly losing the trust amongst the customers in large.

The application security solution delivers a complete network security component as mentioned below:

Anecdote: The 802.11 ac is a wireless networking standard amongst the 802.11 family and are hence termed as wi-fi. The 802.11 ac has been coined by IEEE standardizing process which invariably brings about the wireless local area networks or the WLANs and transmitting across 5 GHz band transmission.

The Access Layer’s security console transforms itself as Next Generation Security Access: The firewall brings about the comprehensive array of network security appliances and devices which brings the blend of industry leading integrated cyber security protection for the access layer as mentioned above in the anecdote 1 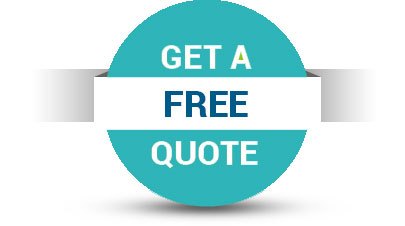